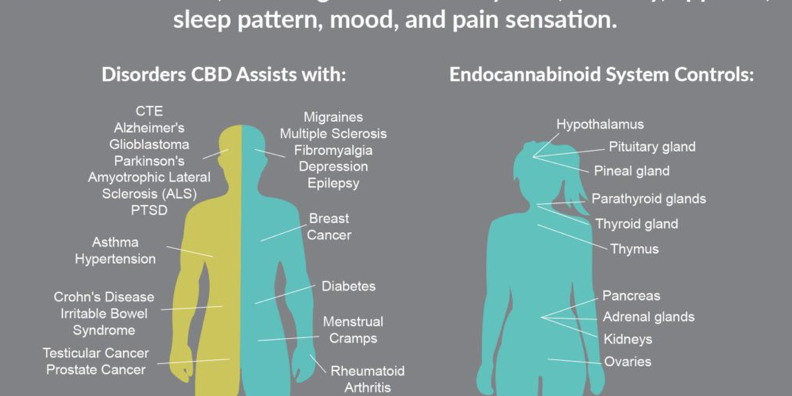 The endocannabinoid system (ECS) plays important roles in our body which is interacting with cannabis, also known as hemp and marijuana. We do not realize we have a whole system named after cannabis.  That’s because the substances that come from the cannabis plan – cannabinoids, were discovered first.

Let’s look at the word “endocannabinoid.” “Cannabinoid” comes from “cannabis,” and “endo” is short for “endogenous,” which means that it is produced naturally inside of your body.

So “endocannabinoid” simply means cannabis-like substances that naturally occur inside us.

The ECS itself is made up of three parts:

Not only is the ECS a natural part of our bodies, it’s a crucial one. You may have heard a lot of claims about the medicinal properties of cannabis in general or of the cannabinoids THC and CBD. With so many seemingly unrelated effects, you might wonder whether it’s just a lot of hype from people who want the drug legalized; however, medical science backs up many of these claims, and the reason for the far-reaching effects have to do with the size and scope of the endocannabinoid system itself.